Adam Was Taught the Gospel of Christ 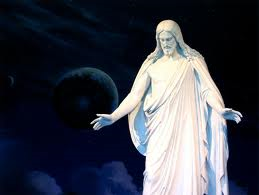 In the year 2000 the Church of Jesus Christ of Latter-day Saints issued a Declaration entitled.  The Living Christ.  It opens with the following statement:

“As we commemorate the birth of Jesus Christ two millennia ago, we offer our testimony of the reality of his matchless life and the infinite virtue of his great atoning sacrifice.  None other has so profound an influence upon all who have lived or will yet live upon the face of the earth. . . We solemnly testify that His life, which is central to all human history, neither began in Bethlehem nor concluded on Calvary. He was the Firstborn of the Father, the Only Begotten Son in the flesh, the Redeemer of the world.”

If Jesus’ life is central to all human history, and it is, and if salvation is only through Jesus Christ, and it is, then a loving God would surely communicate a knowledge of His Son to his children in all ages.  The question I ask myself is: when and how did God start communicating this knowledge?   Surely the answer must be that God communicated this knowledge at the very beginning of man’s existence on earth to Adam, yet we have no of this communication in the Biblical record.   The Pearl of Great Price, another of the standard works of the LDS church, contains added information to the first seven chapters of Genesis. It is precious knowledge indeed as it shows how God taught Adam the gospel of Jesus Christ.

One might appropriately ask what the Book of Moses is in the Pearl of Great Price. One of the many contributions which Joseph Smith made to the religious world is a revision of many parts of the Bible. Some might take umbrage that the Bible might need revisions, but the Bible has been translated over a hundred times by various individuals and religions. With every translation of the Bible revisions have been made and attempts made to clarify the more obscure passages.   I will do another post about the Joseph Smith Translation, but here I want to focus on the fact that the gospel of Jesus Christ was taught to Adam.

Genesis chapter 4 begins with the account of Cain and Abel  offering sacrifices to the Lord.  Cain and Abel had different occupations.  Abel was a “keeper of the sheep” and Cain was a “tiller of the ground”.  Both seemed to be legitimate occupations.  Each offered a sacrifice to the Lord; Cain, the “fruit of the ground,” and Abel the “firstlings of his flocks.”  It is not explained why Abel’s sacrifice was accepted by God and Cain’s wasn’t.  It has been left to gospel scholars to try and explain this incongruence.

In his landmark book The Genesis Record, the late Dr. Henry Morris, one of the founders of the modern creation movement, speculates on why Cain’s offering was rejected:

The Bible does not actually say specifically whether such sacrifices had been commanded by God, or whether the practice arose merely as a spontaneous expression of thanksgiving and worship. If it was the latter, however, it is difficult to understand why God would not have been as pleased with an offering of Cain’s fruits as with an offering of Abel’s slain lamb. It seems more likely that God did give instructions, and that Cain had disobeyed. The entire occurrence can only be really understood in the context of an original revelation by God regarding the necessity of substitutionary sacrifice as a prerequisite to approaching God. Such revelation was most likely given at the time God provided coats of skins for Adam and Eve, and then banished them from his presence, providing, however, a specific means by which they could still commune with Him at certain times, on the basis of a similar sacrifice.

The amazing thing is that Moses chapter 5 in the Pearl of Great Price, which corresponds to Genesis 4, does indeed show that there was an original revelation by God concerning the law of sacrifice.   In Moses 5, there are several verses which explain God’s commandment to Adam to offer sacrifices, their purpose and meaning.

And Adam and Eve, his wife, called upon the name of the Lord, and they heard the voice of the Lord from the way toward the Garden of Eden, speaking unto them, and they saw him not; for they were shut out from his presence.  And he gave unto them commandments, that they should worship the Lord their God, and should offer the firstlings of their flocks, for an offering unto the Lord.  And Adam was obedient unto the commandments of the Lord.  And after many days an angel of the Lord appeared unto Adam, saying: Why dost thou offer sacrifices unto the Lord?  And Adam said unto him: I know not, save the Lord commanded me. And then the angel spake, saying: This thing is a similitude of the sacrifice of the Only Begotten of the Father, which is full of grace and truth.  Wherefore, thou shalt do all that thou doest in the name of the Son, and thou shalt repent and call upon God in the name of the Son forever.  And in that day the Holy Ghost fell upon Adam, which beareth record of the Father and the Son, saying: I am the Only Begotten of the Father from the beginning, henceforth and forever, that as thou hast fallen thou mayest be redeemed, and all mankind, even as many as will. (Moses 5:4-8)

I believe that is a most amazing scripture!  It explains fully the meaning of their sacrifices.  It shows clearly that Adam knew of Jesus Christ and that redemption is only in through Christ.  I do not believe that Joseph Smith, an uneducated, backwoods farm boy, could have written such a profound statement.

“And Adam and Eve blessed the name of God, and they made all

things known unto their sons and their daughters. . .  And the Lord God called upon men by the Holy Ghost everywhere and commanded them that they should repent;  And as many as believed in the Son, and repented of their sins, should be saved; and as many as believed not and repented not, should be damned; and the words went forth out of the mouth of God in a firm decree; wherefore they must be fulfilled. (Moses 5:12, 14-15)

These scriptures clearly show the gospel of Jesus Christ is the same “yesterday, today, and forever.’  One of Jesus’ last commandments to his apostles was to “go ye into all he world and preach my gospel. He that believeth and baptized the same shall be saved, but he that believeth not shall be damned.”   The scriptures in the Book of Moses fit perfectly with those in the Bible.  They augment and elucidate difficult issues. Not only does it make perfect sense to me that Adam was taught the gospel of Jesus Christ, but the Holy Ghost bears witness to me that it is true!

My name is Bonnie Hamilton. I'm wife, mother of 7 children and 24 grandchildren. I'm a member of the Church of Jesus Christ of Latter-day Saints. I have a testmony of its truthfulness and that it is the restored gospel of Jesus Christ. I have a great love for the Book of Mormon. I have read and studied it for many years. I know of its truthfulness. My blog, witnessofchristblog@wordpress.com is to share that testimony with others. Most of my posts will be on how the Book of Mormon is an additional witness of Jesus Christ, a companion to the Bible. I invite open and respectful comments and questions on my blog. If I don't know the answer to question, I will research it until I can give a satisfactory answer. I also have two on-line businesses, a survival website, emergency-survival-kits.com and a website selling children's room decor, funkidsroomdecor.com. If you need any of these types of items, I hope you visit my websites!
View all posts by bonniesimone →
This entry was posted in Jesus is the Christe and tagged Abel, Adam, Cain, Church of Jesus Christ of Latter-daySaints, gospel, Jesus Christ, Joseph Smith, Mormons, Pearl of Great Price, sacrifices. Bookmark the permalink.